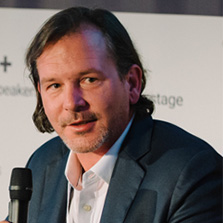 Jesse is a technology entrepreneur and investor with a host of start-ups and exits under his belt. He's been focused on blockchain technology solutions for real-world problems for the last few years. In his role as CEO and chief spokesman for MonetaGo, Jesse has spoken with and played a key part in the education of bankers and central bankers on blockchain around the world at roundtables, symposia, and conferences, including at SIBOS, the Paris Fintech Forum, Money 20/20, Decoding Digital India, and Consensus. With multiple successful exits including Tremor Video (NYSE: TRMR) and Image Space Media, Jesse is the definition of an unstoppable serial entrepreneur.