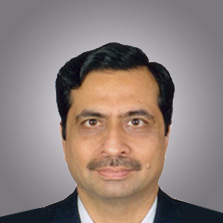 Mr. Gagan Rai is the Managing Director and CEO of NSDL e-Governance (NSDL e-Gov) wherein he is responsible for strategic planning as also for driving the growth and expansion of NSDL e-Gov. He plays a crucial role in the development and execution of the company’s strategic plans.

Mr. Rai has been a part of NSDL e-Gov since its inception in 1996. Under Mr. Rai’s leadership, the company has spawned several successful offerings in the Capital Market and e-governance space. Several Government Departments, Ministries and State Governments in the country have joined hands with NSDL e-Gov. Having more than 42 years of experience, Mr. Rai is a charismatic leader and brings extensive industry expertise to the table. He understands the importance of a customer centric business and works with his team to put forward the best strategy that will be suitable to fulfil needs of the customers.

Prior to working with NSDL, Mr. Rai worked with Credit Analysis and Research Limited as an Executive Director. Previously, he was also associated with Industrial Development Bank of India as its General Manager.

He is an Associate in Development Bank Management of Association of Development Financing Institutions in Asia and the Pacific (ADFIAP), Manila. He is also a Cost Accountant, post graduate in economics and Certified Associate of Indian Institute of Bankers. He was presented with the Distinguished Alumni Award by Shri Ram College of Commerce (SRCC) in 2008.