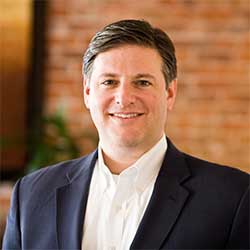 Prior to CRG, Jason founded HighStep Capital, a data driven investment firm focused on earlystage Internet companies, where he invested in over 200 Internet-related companies from around the world. Earlier in his career, Jason worked as an analyst at J. Goldman & Co., Goldman Sachs, Cambridge Associates, and Fidelity Investments. Jason holds an MBA from the Johnson School at Cornell University where he was a Park Leadership Fellow and a BS from Babson College.